Start your engines and floor it in Blitz GT, the world’s first fully electric team based racing game. Gather a group of friends and compete against other teams for the win! 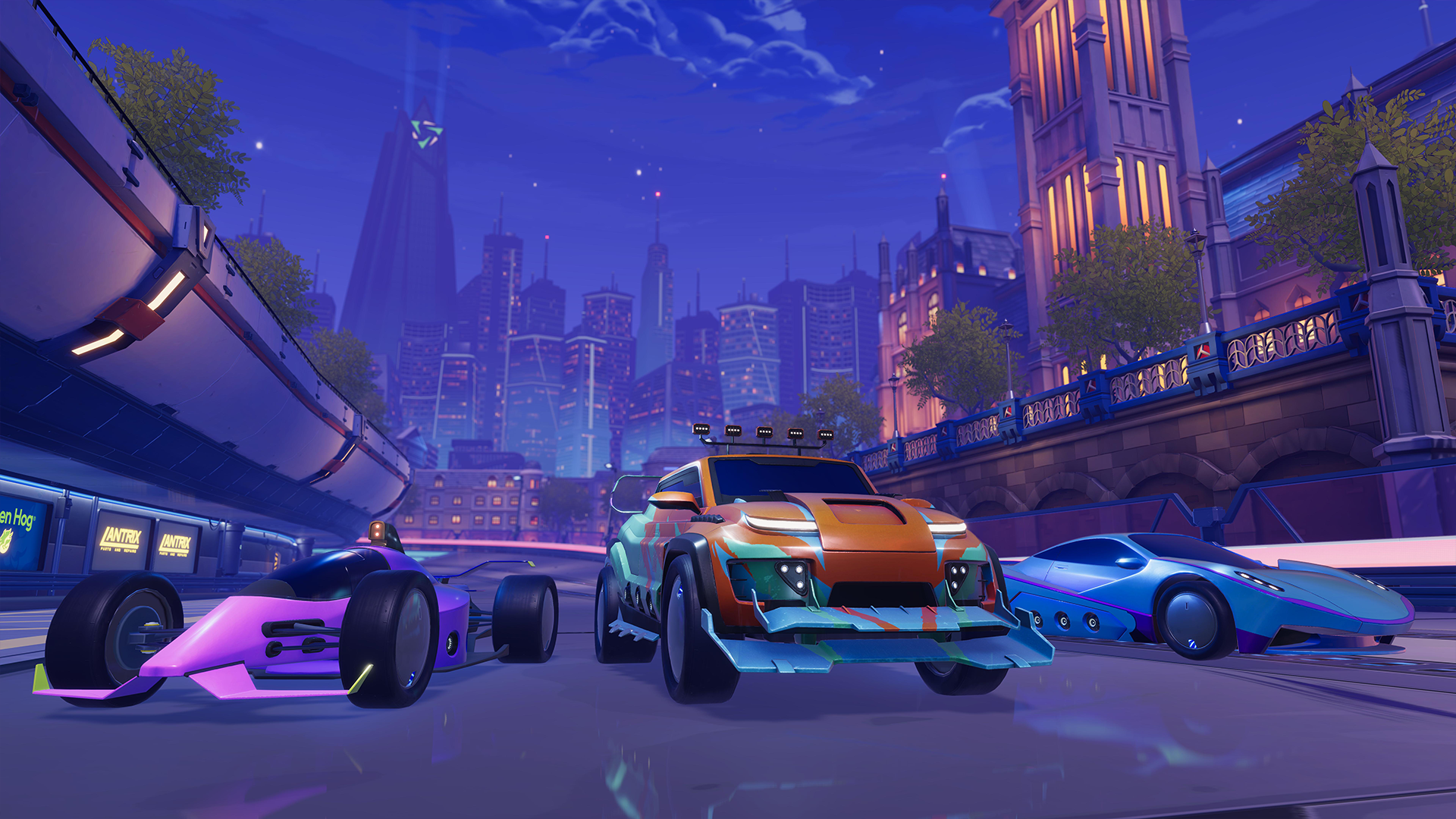 Blitz GT is an electrifying driving game that combines blistering arcade racing with thrilling vehicular combat in a vibrant futuristic world. Electricity powers the future of racing. In Blitz GT, you’ll need to build up your energy to power your victory. Smash your opponents and siphon their Kilowatts to get ahead. Take down your enemies in frantic, team-based action, designed for competitive co-op. 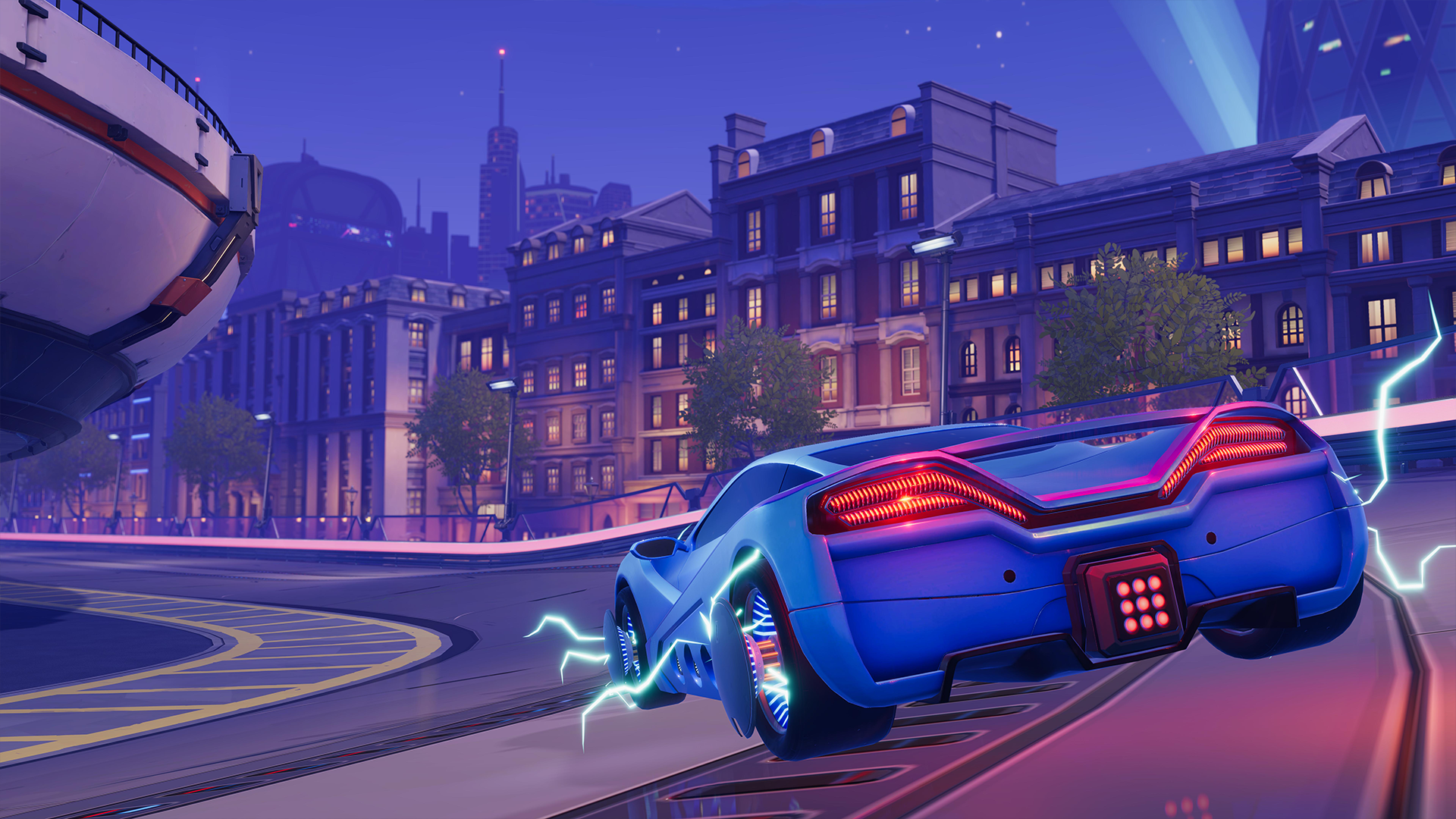 Backstory
The year is 2075, and the world is a different place. Cities have grown to megacities and everything revolves around electricity as the main power source. Every year Arcos, a leading tech company, organises Blitz-GT in a different capital, transforming the city in a festive and exhilarating motorsports experience. 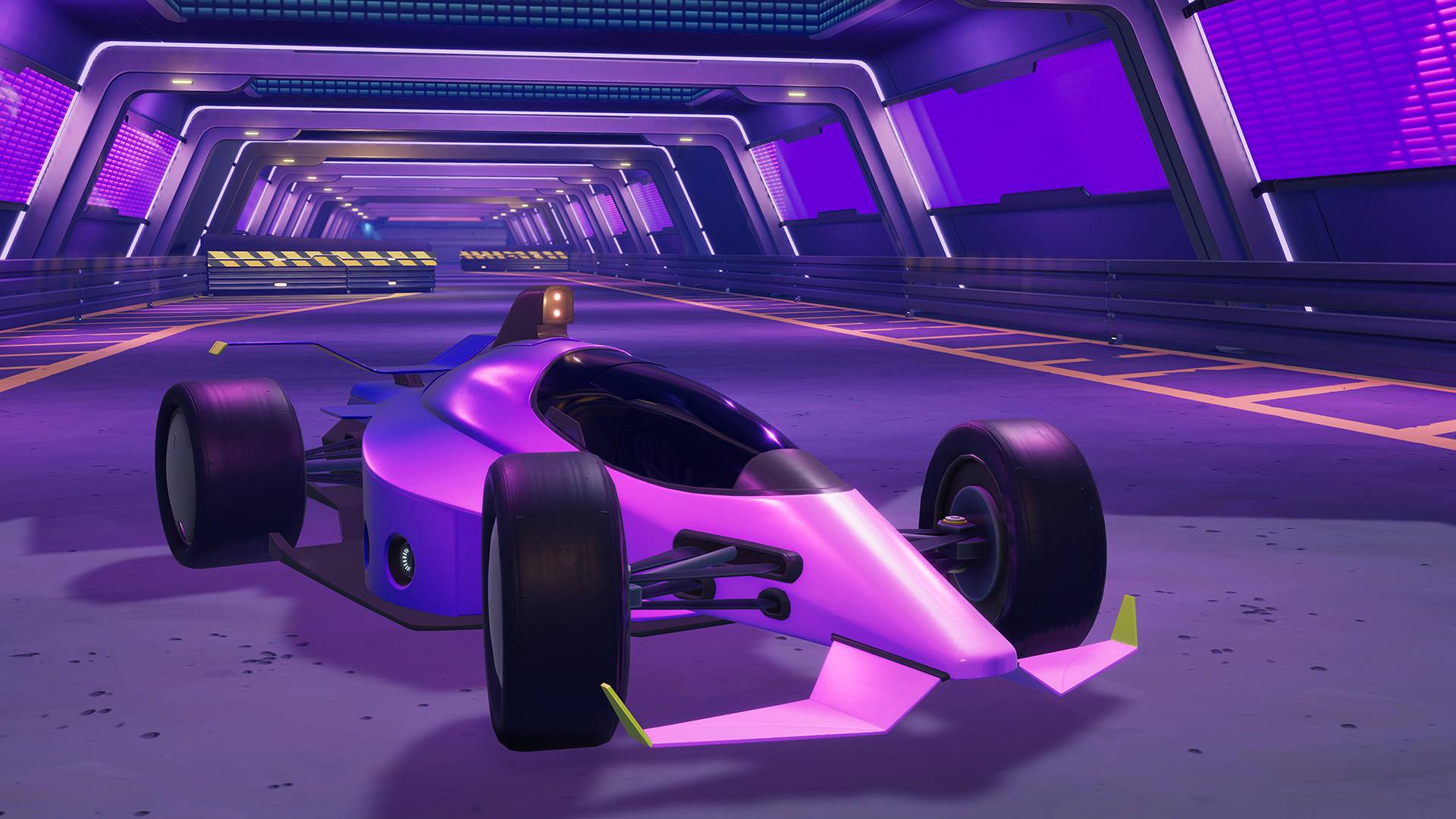 Gameplay
As players race over a conductive track, they charge cells on their cars. These cells charge faster as players drive over designated charge strips, or if they drift their car successfully around a corner. Players can safeguard their points by depositing them into the teams total, adding to the teams total score. When a team achieves the target score, they win the match.